Menstrual pain is quite common among women of any age. However, some women also notice some discomfort more or less in the mid of the menstrual cycle, coinciding with ovulation period. This pain is known as inter-menstrual pelvic pain . The truth is that many women get stressed due to now knowing why you have pain in the abdomen when you do not have the period. If this is your case, I am sure that on some occasion you have asked yourself the question: why Ovulation Pain Occurs in my belly? 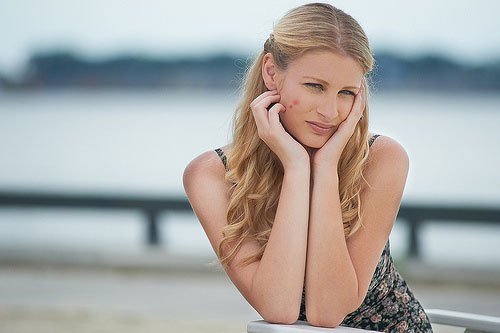 Initially, you can be calm, as it is a more common pain than it seems and is not always associated with problems of health or the female reproductive system. We here explain the reasons why you notice these discomforts so that you stop stressing yourself and know when you should go to the doctor.

Why do I have ovular pain and inflammation?

Normally, Ovulation pain is not caused by any abnormality or serious health problem. Rather, it is part of the process that the woman’s body has to do each month due to menstruation cycle. However, it is true that there are a number of reasons that explain the fact that there are women who have discomfort and even pain that makes it difficult for them every day. Among the main causes are:

When ovaries hurt, before or after ovulating

Although there are reasons behind belly pain when ovulating, but exactly why some women do notice the discomfort while others do not , since the process followed by the body in each menstrual cycle is similar in every woman. What has been found is that it is a normal process because it generally does not respond to any physical cause or serious health problem. You must pay attention to the symptoms to recognize it or know if you have to go to the doctor quickly:

As we can see, pain in the ovary occurs during the ovulation process , that is, before the menstrual period, which helps many women to know their fertile days. However, if you notice any other symptom, you have never had that pain and it starts to occur or you see any other anomaly, it is advised to see a doctor as soon as possible, especially if you do not undergo the annual gynecological exams.

Very painful ovulation, what do I do?

For cases in which there is no cause that justifies the ovulation pain , a treatment is prescribed, which usually consists in treating the discomfort, being the most common the taking of analgesics and anti-inflammatory. However, for those who have difficulty living their day to day normally due to these discomforts, the most common is taking oral contraceptives to prevent ovulation. Moreover, you can also follow a series of tips and guidelines to avoid these pains in the belly:

It is always advisable that you consult with the doctor to rule out the causes that may be behind these discomforts so that you are calm and, if you have to follow a treatment, be the most suitable.