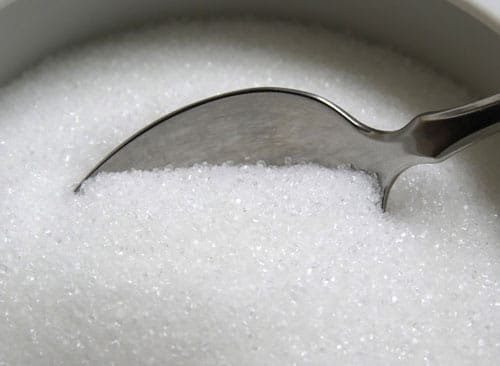 Aspartame Is A Sweetener That Prolongs The Habit Of Consuming Sweets, Nullifying The Supposed Caloric ‘Saving’. In Addition, Its Effects On Health Are Highly Toxic.

Many of the ‘dietary’ products sold contain aspartame as a flavoring agent. This is the case of sodas, ice cream, desserts, cookies, syrups, chewing gum, etc. We can affirm and verify that the only function of aspartame is to encourage the continuous consumption of unhealthy products.

Aspartame generates two types of changes in metabolism. A study of a large number of patients intoxicated with aspartame revealed that the liver, by fighting against the toxic effects of aspartame, decreases its ability to burn fat, causing the conversion of calories ingested in fat cells. A study by Dr. Trocho, a researcher at the University of Barcelona, ​​shows that aspartame is converted to formaldehyde and accumulates in the fat cells of the body, and the analysis of liver function indicates that it is affected by the use of aspartame.

On the other hand, the use of aspartame causes a decrease in serotonin levels in the brain. The consumption of carbohydrates diminishes serotonin and the body is conditioned to provide this chemical to the brain through the consumption of carbohydrates, which of course include sugars. This triggers a compulsive reaction of eating sweets, bread, desserts and a paraphernalia of products that only result in a significant weight gain.

In the case of the promotion of aspartame for the consumption of diabetic persons, it is imperative to point out two factors. On the one hand, people with diabetes need to control their weight, and aspartame conditions to consume carbohydrates, which in excess promote overweight. On the other hand, the consumption of aspartame causes chemical reactions in the brain and causes severe damage to the central nervous system, and these determine a poor functioning of the pancreas, which reacts by releasing abundant insulin.

When it is ingested, it usually causes hypoglycemia initially. When the amount of insulin released by the consumption of aspartame is completed, the pancreas requires a time to produce more insulin, and if the intake of sugars and carbohydrates continues, the blood glucose levels increase. These phenomena are both an important factor in the attacks of diabetes since the pancreas is weakened by the continuous attacks of this type, a decisive factor in the worsening of the diabetic.

The main thing is to keep a firm control of blood glucose levels, although sometimes this is very difficult, in addition to numerous complications associated with the occurrence of high blood glucose levels and hypoglycemia. The best decision you can make is not to consume aspartame and alert about its negative effects on health.

When the temperature of the aspartame exceeds 30 degrees, the wood alcohol – methanol contained in it, has a toxic effect on the organism, and can cause fatigue, depression, decreased vision, imbalance, confusion, aggression. When a product containing it is ingested, although it is cooled before consumption, if it was exposed to these temperatures, the effect is irreversible.

Formic acid is a poison found in the sting of so-called fire ants. The toxicity of methanol produces symptoms that resemble multiple sclerosis; In this way, some people have been diagnosed with this disease by mistake. Multiple sclerosis does not represent a death sentence, but methanol toxicity can represent it.

In the case of systemic lupus, it has been found to be almost as wide as multiple sclerosis, especially in consumers of “Diet Coke” and “Diet Pepsi.” As in the case of methanol toxicity, victims usually take on average three to four 12-ounce cans per day, some even more. In cases of systemic lupus that are caused by aspartame, the victim does not know that this sweetener is the culprit and continues its use aggravating lupus to the point where it endangers life. When the use of aspartame is eliminated, those with systemic lupus usually reverse their situation.

List of diseases related to the consumption of aspartame: