Nervous exhaustion is not recognized as a disease, however, it can be a sign of psychological disorders such as anxiety or depression and so knowing how to recognize it helps to identify early problems that need to be treated. 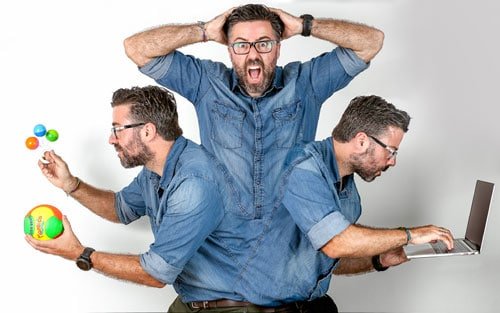 Usually, the symptoms of exhaustion arise when there is excessive stress, preventing the correct mental functioning. So some of the more common signs include:

In addition to these signs, physical symptoms such as irregular heartbeat, muscle aches, dizziness, persistent cough and constant headaches may also occur. When to go to the doctor

Some of these symptoms can arise after a situation of excessive stress and disappear in a few hours and in such cases, it is not necessary to go to the doctor, being only recommended to relax.

However, when several symptoms appear or last for more than 2 days it may be advisable to consult a psychologist to identify the cause and initiate appropriate treatment.

How is the treatment done?

The treatment for nervous breakdown depends on its cause but usually when it is caused by too much stress is done with using calming remedies like Pasalix and a vacation.

In cases of psychological problems, such as Hulk Syndrome , antidepressant drugs, such as Prozac, and therapy with the psychiatrist may also be needed.

During treatment for nervous breakdown one should also give preference to foods rich in tryptophan, such as Parana nut and avocado, because they release serotonin into the bloodstream, improving well-being.