In Southeast Asia, this bright orange spice is still used as a medicine. And in general, it is quite reasonable. Here are some scientifically validated examples.Turmeric the benefits that turmeric can bring if you add it to your food daily (spoiler: don’t forget black pepper!).

Why turmeric is good 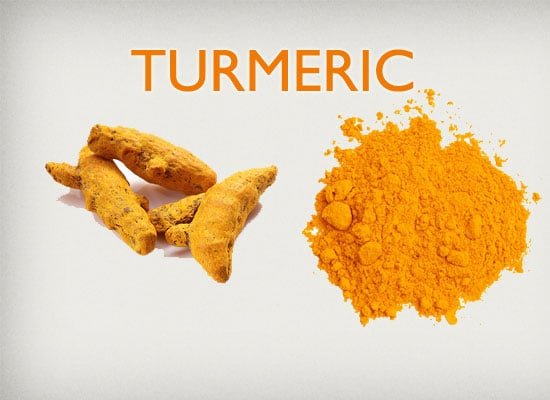 Chronic inflammation is one of the most relevant horror stories of modern medicine. This is the name for a prolonged, out of control, but almost invisible from the outside activity of the immune system . Scientists believe that it is chronic inflammation that often becomes the trigger of diseases such as:

Turmeric contains many active chemicals (curcuminoids), the most famous of which is curcumin, a powerful antioxidant with a pronounced anti-inflammatory effect. Based on this, it is assumedTurmericthat regular consumption of turmeric can reduce internal chronic inflammation. This means reducing the risk of fatal diseases.

An important point: curcumin is poorly absorbed into the blood. To maximize the benefits of turmeric seasoned foods, eat them with black pepper. Its main biological component is piperine.Influence of piperine on the pharmacokinetics of curcumin in animals and human volunteers- improves bioavailability of curcumin. In simple words – allows the main ingredient of the spice to linger in the body and act.

Curcumin is also a fat-soluble substance, so you should season fatty foods with them: for example, rich pilaf or stewed pork.

2. Slows down aging and reduces the risk of dementia

Oxidative stress, that is, an excess of free radicals in the body, is a factor accelerating aging. In addition, free radicals, which damage cells of all organs and tissues, are responsible for the increased risk of cardiovascular disease, cataracts, various brain dysfunctions and the development of cancer.

Turmeric is full of – substances that neutralize the effect of free radicals.

Curcumin also antioxidant activity of the body. That is, it teaches our body to independently resist the attack of free radicals.

Turmeric or curcumin supplements may be excellent antidepressants.

For example, there is a study reaching 60 people with depression. Volunteers were divided into three groups. The first was prescribed the famous antidepressant drug. The second is a dietary supplement containing 1 gram of curcumin. The third is both an antidepressant and curcumin.

Six weeks later, doctors examined the participants in the experiment. It turned out that the condition of the volunteers from the first and second groups improved to the same extent – that is, curcumin was no less effective than the untwisted medicine. And the best results were shown by the third group.

Scientists suggest that the antidepressant activity of turmeric is associated with its effect on the brain.

Curcumin may stimulate Antidepressant activity of curcumin: involvement of serotonin and dopamine systemthe production of dopamine and serotonin hormones. Research is still ongoing, but the prospects for turmeric as an antidepressant are very high.

Arthritis is a chronic inflammation of the joints. Doctors consider it the cause of immune failure: the immune system mistakenly attacks its own cells (mainly the joints of the hands, wrists, knees). Unfortunately, arthritis cannot be cured. You can only alleviate its symptoms. And in this regard, turmeric is again on top.

So, in one study a randomized, pilot study to assess the efficacy and safety of curcumin in patients with active rheumatoid arthritis with the participation of people suffering from rheumatoid arthritis, it turned out: half a gram of curcumin per day relieves pain and reduces joint swelling even more effectively than the well-known anti-inflammatory drug.

This is not the only such data. In another study Product-evaluation registry of Meriva®, a curcumin-phosphatidylcholine complex, for the complementary management of osteoarthritis people with arthritis received only 200 mg of curcumin per day and also noted that their condition was improving.

5. Protects the liver from damage

A Systematic Review of the Cellular Mechanisms of Oxidative Stress and Clinical Perspectivethat the regular use of curcumin reduces the risk and stops the development of various liver diseases. This applies to non-alcoholic fatty liver disease (turmeric also slows down the accumulation of fat in this body), fibrosis, cirrhosis.

Curcumin also reduces liver damage in other diseases, such as chronic hepatitis.

Curcumin is able to Immunomodulatory effects of curcumin in allergy smooth out the symptoms of hay fever: sneezing, itching, runny nose, swelling.

7. And perhaps improves health in dozens of other ways

Nnumber of diseases and disorders that can probably be countered (i.e. slowed down and / or reduced by symptoms) using turmeric:

And this is not a complete list. Studies of the medicinal properties of turmeric are still ongoing, and it is possible that in the future, bright spice will occupy one of the key places in the treatment of many diseases.

How and to whom turmeric can harm

Turmeric is considered practically safe – at least if consumed or applied to the skin for no more than 12 months (what happens next, they simply haven’t been tested) and in acceptable doses.

In most studies that have proven the benefits of spices, volunteers consumed 200 mg to 2 g of curcumin per day – and this only improved their health. But WHO in the person of its experts from the Committee on Food Additives (JECFA) still permissible daily dose: not more than 3 mg per 1 kg of body weight daily.

It should be remembered that curcumin on average is only 3% of the weight of turmeric powder. That is, the same hypothetical woman should eat no more than 5.5 g of turmeric per day, and a man – no more than 7.3 g.

However, for reinsurance, doctors recommend being careful: