Every year more than 17 million people in the world die from cardiovascular disease . It is the first cause of death in the world.

It is not strange to see smokers controlling the amount of salt they put on their plates because they have high blood pressure, when the first thing they should do is quit smoking. 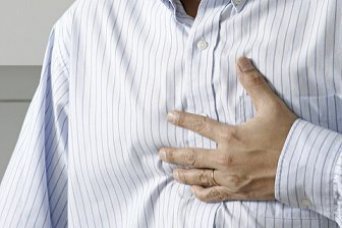 We now know perfectly what are the main causes of arteriosclerosis and, in general, of all cardiovascular diseases

“Something has to die”, some will think. And it’s true, but there’s no reason to die from a heart attack. Although there are a number of risk factors that we can not act on, such as age, ethnic origin  or family history, the chances of suffering from heart disease are reduced significantly  if a series of healthy habits are followed.

Although there are several types of heart disease, the pathology that carries the highest cardiovascular risk is arteriosclerosis, a narrowing of the arteries that ends up preventing the correct flow of blood. This obstruction can trigger a heart attack, a stroke, an angina pectoris or problems in the lower extremities.

We know perfectly what are the main causes of arteriosclerosis and, in general, of all cardiovascular diseases: excess cholesterol, smoking, sedentary lifestyle, obesity, diabetes, hypertension and stress. But what exactly should we do to combat these? There are five things. Only five things.

An inadequate diet is the most important risk factor for premature death in the developed world (by far), and its incidence in cardiovascular disease is decisive. But what is a healthy diet?

For starters, a diet should not exceed the recommended daily calories for each person – you can use this calculator  from the American Hearth Association to know it – but also, you should prioritize the intake of one food series and reduce the others.

It is necessary to remember that diet and overweight are intimately related but independent risk factors. Obesity and abdominal fat, wherever they come from, are two of the most common causes of cardiovascular problems. But in addition, diet is crucial in two other health problems closely related to cardiovascular risk: cholesterol and diabetes.

The good news, not by obvious less important, is that a healthy diet also helps us lose weight and control our blood sugar and cholesterol levels. Having a good diet is much easier than it seems.

As much as we talk about daily diets, the truth is that the basic advice is the same. The most important thing is to reduce the consumption of a series of foods to the minimum expression: sugar, alcohol, refined carbohydrates and, if you suffer from hypertension, salt. Do not overdo the red meat and prioritize the intake of fruits, vegetables, whole grains, lean meats, fish and nuts. The less processed our meals are, the better. 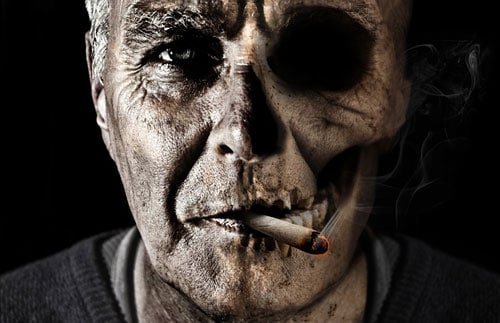 We are tired of hearing that we have to stop smoking, but it is necessary to remember from time to time why it is so important to give up this habit . In our country, tobacco is the third cause of preventable premature death, among other things because it is one of the main triggers of atherosclerosis – in addition to stroke.

Smoking also has a pernicious influence on other risk factors : it decreases our ability to exercise physically, increases the tendency of blood to clot and lowers “good” cholesterol (HDL).

The good news is that the benefits of quitting are noticed right away, so do not waste your time.

A sedentary lifestyle is one of the major risk factors for cardiovascular disease. Firstly, because, independently of any other variable, there is a direct relationship between the absence of physical exercise and cardiovascular mortality. But, in addition, sedentary lifestyle contributes to accentuate the effects of other risk factors such as obesity, hypertension or cholesterol.

It is enough a simple walk, the important thing is not to do sport, it is to move

Everyone knows that exercise is good for your health, but there are too many people who do not practice it. According to a survey by the Organization of Consumers and Users (OCU) conducted last year, 24% of Spaniards do not do any kind of physical activity: they do not even walk one hour a week.

According to the American Heart Association, practicing  30 minutes of moderate exercise five days a week significantly reduces the risk of diabetes, heart attack or stroke. It is enough a simple walk, the important thing is not to do sport, it is to move. Children need more exercise, at least one hour every day.

The relationship between emotional stress and cardiovascular problems is well known for a long time but, since it is very difficult to quantify the amount of stress that ends up causing these, it is often forgotten that it is an important risk factor. It has been shown that the risk of acute myocardial infarction doubles during the two hours following a significant episode of emotional disturbance.

Stress occurs, to a lesser and greater extent, according to the intensity of an external stimulus and the ability of each one to respond to it. This, according to the Spanish Heart Foundation, hinders its control as a cardiovascular risk factor, since it is up to the individual to adapt to this situation that is affecting him or her. It is important that we seek medical help (in this case, psychological) if we are overwhelmed in our day to day.

Although it is the least studied risk factor, we already have enough scientific evidence to affirm that depression, loneliness or lack of social support -three things that usually go hand in hand- can cause cardiovascular problems.

Lonely people have higher values ​​of blood pressure and heart rate. Why does this happen? It is believed that by many factors. Loneliness makes us have less healthy habits of life, because there is nobody to worry about us, but also increases the levels of cortisol (the stress hormone), because individuals who find less support in their environment need to be in a greater state of alertness.