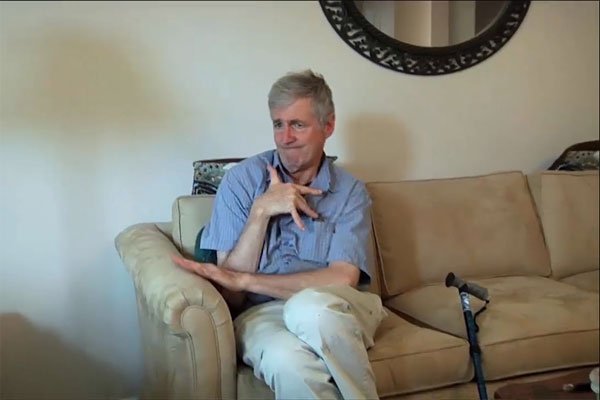 The main signs include:

The difference between Parkinson’s disease and Parkinsonism is important, as some of these other reasons can be treated while others do not respond to treatment or medication.

Other causes of parkinsonism , besides Parkinson’s disease, include:

That which results from Side effects of drugs , like those that affect dopamine levels in the brain , such as antipsychotics or antidepressants, can cause parkinsonian symptoms .

Although tremors and postural instability may be less severe, it may be difficult to distinguish this condition from Parkinson’s disease.

Drugs that can lead to parkinsonism include antipsychotics, metoclopramide, reserpine, tetrabenazine, some calcium channel blockers, stimulants such as amphetamines and cocaine. Usually, after stopping these drugs, parkinsonism gradually disappears for weeks to months.

Progressive supranuclear palsy is one of the most common forms of atypical parkinsonism .

Symptoms of the condition usually begin after the age of 50 and progress more rapidly than Parkinson’s disease. These include imbalance and frequent falls at the onset of the illness, rigidity of the trunk, changes with voice and swallowing, and problems with eye movements, including the ability to move the eyes up and down. Dementia develops later.

There are no laboratory or imaging studies for progressive supranuclear palsy.

There is no specific treatment for progressive supranuclear palsy. Therapies such as speech therapy, kinesitherapy and antidepressants are essential in the treatment of the disease.

Corticobasal degeneration is the least common atypical cause of parkinsonism .

The initial symptoms of corticobasal degeneration include asymmetric bradykinesia, rigidity, dystonia and limb myoclonus, postural instability and speech disorders. Disabling apraxia of the affected limb is also often found when difficulty or inability to perform coordinated movements of the affected limb occurs, although there is no weakness or loss of sensitivity.

There are no laboratory or imaging studies of the brain to confirm the diagnosis of corticobasal degeneration. Diagnosis is clinical.

There is no specific treatment . Maintenance treatments, such as botulinum toxin for dystonia, antidepressants, speech and physical therapy, can be helpful. Levodopa and dopamine agonists (medicines shown in Parkinson’s disease) rarely help.

Multiple systemic atrophy is a term for several diseases where one or more systems in the body get worse.

The average age of onset of the condition is in the fifth decade of life. Symptoms include bradykinesia, impaired balance, abnormal autonomic function, rigidity, coordination difficulties, or a combination of these signs.

There are no laboratory or imaging studies of the brain to confirm the diagnosis of multiple systemic atrophy.

Patients are slightly affected by the drugs shown in Parkinson’s disease.

Multiple micro-injectors can cause parkinsonism .

Patients with this disease are more likely to manifest with gait difficulties than tremors, and tend to exhibit symptoms that are worse in the lower part of the body.

Vascular parkinsonism is static (or very slowly progressive) compared to other neurodegenerative diseases.

Lewy body dementia is a neurodegenerative disease that leads to progressive intellectual and functional deterioration.

Patients with Lewy body dementia usually have early dementia, visual hallucinations, fluctuations in cognitive status during the day, and parkinsonism. It is not unusual for patients to experience cognitive problems, especially speech disorders known as aphasia.

There are no known therapies for halting or slowing the progression of dementia with Lewy bodies.