Understanding human physiology is extremely important to better understand how each part of our body works and to learn more about our own health. The nervous system is one of the most interesting systems that the human body has, because it is the essential pillar for everything else to work. Without stimuli from the nervous system, for example, it would not be possible for several other parts of the body to perform their functions. Shall we meet him?

Central part of the nervous system 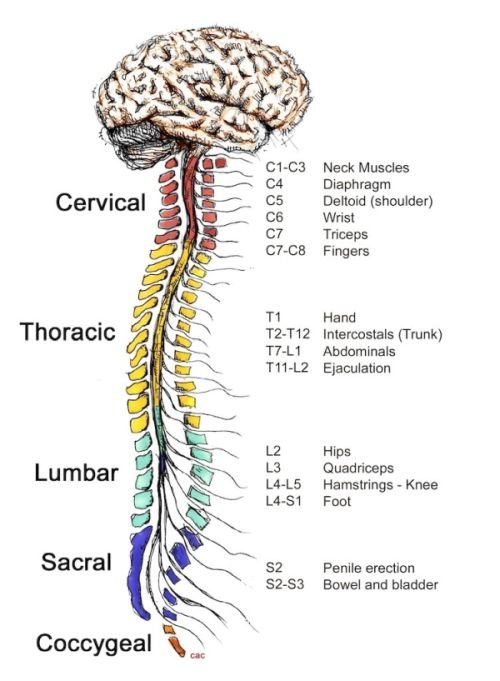 Main parts of the central nervous system of the human body.

The central portion of the human body’s nervous system is considered to be the “control center” of the organism, and is divided into two main parts: brain and spinal cord. Due to its great importance, the system is protected by the skull, spine and membranes also known as meninges, which are: dura mater, pia mater and arachnoid. In addition, there is also a liquid called cerebrospinal fluid, or cerebrospinal fluid, whose main function is to protect the system from mechanical shocks.

The brain is considered everything that is inside the cranial box. It is the upper part of the central nervous system, where the command of the human body is located.

The brain is formed by two hemispheres, right and left, joined by a part called corpus callosum. The outermost portion of this organ is the cortex, which is divided into lobes, each of which has a specific function, helping the brain to maintain control of the rest of the body in an organized manner.

The diencephalon is the central part of the brain, which can be divided into two main parts: the thalamus and the hypothalamus. The thalamus is in charge of classifying the information received by the brain and directing it to specific regions so that the actions are carried out. Meanwhile, the hypothalamus controls vegetative functions, such as hunger, thirst and body temperature, and also regulates the functioning of the pituitary gland, known as the organism’s “master gland”. This gland is extremely important, as it produces hormones responsible for regulating various body functions. Thus, the hypothalamus can be considered as a part that helps the brain and other regions of the nervous system in coordinating activities that are important for human survival.

The brain stem is divided into four parts: the bridge, responsible for communication between the brain and spinal cord; the bulb, which coordinates various vegetative functions, such as the respiratory system, heart rate and blood pressure; and the midbrain, the one in charge of receiving and sending motor and sensitive information.

The cerebellum is responsible for all motor coordination, balance and control of muscle tone. In addition, he is also responsible for voluntary movements and motor learning. If there is any serious injury to the cerebellum, the person will have difficulty walking in a straight line, for example.

The spinal cord is located in the canal of the vertebrae. Its main function is to establish communication between the nervous system and the rest of the body. It is a vital part of movement: if there is trauma to the spinal cord and depending on the location of the injury, the person may lose mobility in the lower parts of the affected vertebra.

The dorsal roots are sensory. It is where the axons of sensory neurons reach, that is, the receptors receive the information and send that information through nerves to the central nervous system to execute it.

While the dorsal roots are sensory, the ventral roots are motor. Axons leave motor neurons, taking the information directly to an organ to perform the action.

Although both actions are initiated in the marrow, there is a big difference between them. The reflex act is when, for example, you are barefoot and step on a sharp object. The most common is that as soon as you feel the object, take your foot off – a reflection of something you felt. Reflex acts occur when the spinal cord momentarily acts as the nerve center. Reflex act is the name given to the movement performed.

Peripheral part of the nervous system

The autonomous division of the peripheral part is responsible for the coordination of visceral activities, that is, everything that we have no control over, is unconscious and, consequently, “automatic”. We can cite as an example the control of the heart and glands. It is formed by pre and post ganglion neurons. The autonomous division can be divided into two functions:

The somatic division consists of nerve fibers that send information to the central nervous system. It has sensory and motor nerves that spread throughout the human body, which allows sensations and movements.

How the nervous system of the human body works

Now that you understand its functions and ramifications, you need to know how the human body’s nervous system works. This whole process occurs from the combination of nerves and neurons, capable of communicating the entire system. Nerve cells act through electrical and chemical reactions, depending on where they are acting.

The synapse, an essential step for the nervous system to function, receives stimulating substances capable of causing changes in the extremities of neighboring cells. These changes cause new nerve impulses, which pass from cell to cell until they reach the command centers. This whole process is what allows our system to capture messages and stimuli, interpret them and, consequently, generate thoughts, sensations and movements. 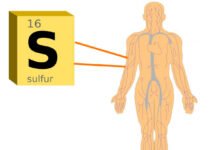 Crucial Role of Sulfur In The Human Body