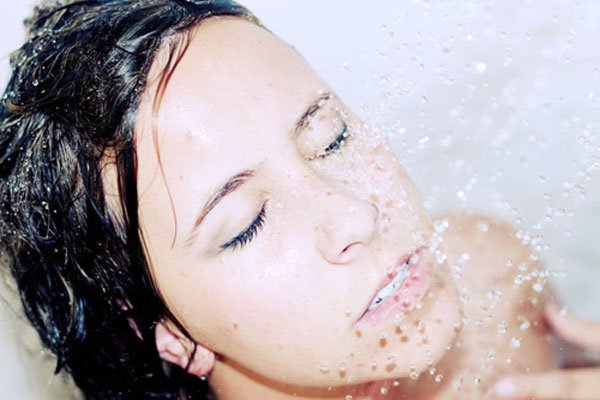 Based on the statistics, each of us spends about one and a half years of his life in the bathroom, and about half a year we spend on taking a shower. And this is not surprising, because hygiene plays a significant role in our lives. But few people realize that we do some wrong things.

We have collected for you the 10 most common mistakes that each of us admits.

Mistake #1: We do not take a shower after a workout.

After training, we can think that the only reason to take a shower is the smell. But that’s not all: sweating causes bacteria to grow on your skin, which can lead to the appearance of a rash. Therefore, do not delay the shower after a workout.

Mistake #2: Do not take a contrast shower

Turn off the cold water for 30 seconds before the end of the shower. This will increase resistance to stress, strengthen immunity and act as an antidepressant. But do not forget that taking a contrast shower just before bedtime can cause problems with falling asleep.

Mistake #3: We shave our legs before visiting the pedicure cabinet
Do not shave your legs in before your pedicure. Through the wounds left on your legs, you can accidentally put an infection in the pedicure salon.

Mistake #4: Daily Wash head and take a shower
People with thin or weak hair should avoid frequent head washing. Ideal – no more than 2 times a week, which will provide a natural balance of moisture. Also, do not forget that too frequent shower intake dehydrates and irritates the skin, water rinses off beneficial bacteria, which can increase the likelihood of skin infection.

Mistake #5: Wraps hair with a towel

After wetting the scales of hair loosely adjoin to each other, therefore hair can easily be deformed, lose natural shine and become more brittle. To avoid this, it is not recommended after washing your head to wrap your hair in a towel. Also, due to the effect of the sauna created on the head, the sebaceous glands begin to work more actively, as a result, the hair quickly loses a clean and well-groomed appearance.

Mistake #6: Forget about the regular cleaning of the shower head
In the process of prolonged use of the shower head, a plaque is formed on it, which can be hazardous to health. The researchers found that in the shower heads can be present bacteria associated with the occurrence of pulmonary diseases.

Mistake #7: We use the soap dish incorrectly
If there is a soap dish in your bathroom, it’s worth making sure that the water flows into it. Otherwise, bacteria can multiply on the soap. So make sure you rinse it with water regularly.

Mistake #8: We leave the shaver in the shower
To prevent bacteria from multiplying on the razor, leave it to dry on a towel. Also, regularly change the blade.

Mistake #9: Too long we use the same towel
Do not overuse the frequent use of the same towel. In a wet towel, bacteria can multiply if it does not dry properly.

We hope that these tips will really help you because there is nothing more important than our health. Do you have any other recommendations that you would like to share with us?