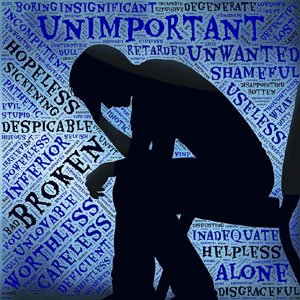 Many people ask themselves: “How to experience negative emotions correctly: give vent to feelings or try to keep everything within yourself?”

How do negative emotions affect health?

Many people believe that restraining anger, anger, and irritability, can trigger the emergence of not only cardiovascular diseases but also a stomach ulcer. But is it?

To understand this, we must first understand what processes are started in the body during the experiences of these negative emotions. When we get angry – we lose self-control and a sense of self-control, there is a rush of blood in the face, the jaws contract, the heart rate increases. Rapid pulse, plus the “previously earned” cardiovascular diseases (thrombi, partial obstruction of blood vessels), leads to an increase in blood pressure. And sudden pressure surges do not pass without a trace for health: scars remain on the walls of the coronary arteries. Apparently, these scars are small, but their accumulation leads to vascular wear. And sudden pressure jumps can cause fat loss from the walls of the vessels and clogging of the arteries. And when the blood ceases to flow in the heart, a heart attack occurs.In the case of a blockage of blood flow to the brain, a stroke occurs.

A study conducted by scientists from the United States, which confirmed the relationship between negative emotions and cardiovascular diseases, was held in 2000. Experts involved 12 thousand people, who were asked to fill out questionnaires. It was necessary to fill in the data on the propensity to anger, anger, aggression, irritability and other negative emotions. After a couple of years, these same people were examined. As the results of the survey showed: those who easily lose self-control are often angry and irritated, the probability of a heart attack is three times greater than those who do not lose their self-control in stressful situations. Also, scientists pay attention to the fact that diabetes further aggravates the situation, bad habits (smoking, drinking alcohol) and overweight.

However, in the manifestation of negative emotions, factors of their intensity and frequency are also important. Some experts believe that short-term and infrequent outbursts of anger can serve as a kind of stabilizer of stress level.

Also, there is an opinion that an important role is played by the method of manifesting anger and aggression. For example, those men who show anger constructively and pour it into any action are less prone to cardiovascular disease. Many get internal relaxation during training in the hall, running, boxing, swimming, fishing or just walking in the fresh air.

In conclusion, we will summarize several important findings: