People with slow metabolism can be affected by excessive weight gain since if you do not have a fast metabolism, this makes it difficult to process the food ingested both in its absorption and its elimination. One of the biggest symptoms that indicate this is the ” bloated feeling in the abdominal region “, meaning your body is not aware of eliminating everything you have eaten in a timely manner. Here ‘s what to do to speed up the metabolism and to be able to encourage weight loss, and the best of all is that they are homemade. 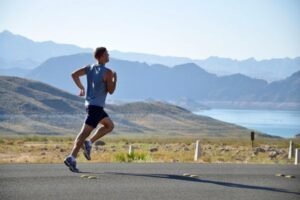 Those who have slow metabolism usually have difficulty slimming down. There are some metabolism-boosting remedies that are natural that if inserted into your diet can agitate to some extent the loss of those extra pounds.

Green tea can be a good choice to speed up metabolism. Very used as a home remedy and natural to increase metabolic speed also being often implemented in low-calorie diets. This tea is indicated to enhance and increase the metabolism of cells as well as the entire body due to its antioxidant compounds (flavonoids and polyphenols).

Red tea is undoubtedly one of the best allies to lose weight. It has a great power to act on the metabolism, in the effect of “fat burning”, an antioxidant, good for the liver and also has a diuretic action. So, it can be said that it is an insult to ignore it when it comes to losing weight. Also, there is only one way to consume it.

It is also very important to consume more protein than carbohydrates; Why? It is that the body burns much more calories when the amounts of protein in the body are higher than those of carbohydrate. But this has a logical explanation, since the carbohydrate molecules are much larger than those of proteins, so the body has to break them first into smaller particles before metabolizing the food. This takes a lot of time to break the molecule, causing the food to stay in the body for a long time before it is eliminated. For this reason, try to eat a few portions of protein during meals and decrease the amount of carbohydrate.

Fruits in general should also be in weight on your menu. They have enzymes with antioxidant properties that can accelerate the body’s “fat burning”. They are potent remedies to increase the metabolism of anyone, regardless of whether you are overweight or not.

The oils should also enter this diet because they are very efficient in accelerating the metabolism, in addition to helping in the functioning of the brain. But the oil only acts as a metabolism accelerator if it is natural/virgin such as oil containing omega 3,6,9.

The practice of Yoga is also one of the most potent methods to boost your metabolism since Yoga trains the body and mind in order to seek the balance of the whole organism. As you work with breathing, the slow and deep intake of air into the lungs allows your body to be better fed with the oxygen that directly assists in “burning fat.” At first, it may seem a bit strange, but gradually you will relax and feel light.

Daily physical exercises are also potent methods of increasing metabolism. If you are physically active your metabolism will also be. But if you do not use that powerful “remedy” that speeds up your metabolism your body can accumulate and store all the fat you’ve eaten instead of burning it.

But above all, you should consider some key aspects of these remedies that speed up metabolism. First, one should practice daily physical activity. At least a walk for at least 30 minutes. In addition to drinking lots of water (two liters a day, at least) and making several meals a day and eating fruit. The body that does not feed well has no strength to function and becomes weak and ill.