Babies get big without realizing it and the first few months pass faster than we would like as parents. Every little step that they make in their development makes us a tremendous illusion but also generates doubts and concern. 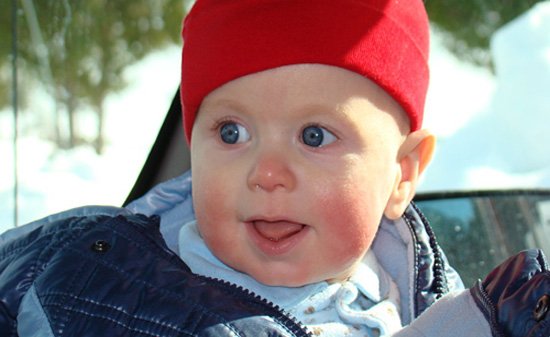 In the case of food, it is a subject that generates many uncertainties. We dads do not know when is the best time to introduce the whole food and stop crushing all the food when you start with  complementary food.

Not only do we have to take into account the introduction of each food as our pediatrician indicates, but also the textures of the same, passing from the puree to the pieces as soon as possible and the baby does not run any risk.

Whole food for your baby, are you ready?

Each baby has a rhythm in the development and therefore there is no exact date to start giving food in pieces without crushing everything you eat.

Pediatricians often recommend the introduction of complementary feeding after six months in purees but between 7 and 9 start to give some pieces to promote chewing and speech development. However, not in all cases we can do it since it depends a lot on each child and their abilities at that age.

The fine motor, which allows them to take smaller things with their fingers, is developed over 9 months and that’s when we should observe if the baby shows interest in trying new flavors and textures and try to take our food to our mouth when we see it on the plate.

In case you have enough skill to do it, as long as it is not too hard or inappropriate for your age, it is best to let him try and monitor him.

Some pediatricians consider that the fact of having such strict guidelines on the introduction of food, makes the parents to keep the indications to the letter and provoke in the babies rejection in the future towards those foods for which they were interested before and we prohibited them to eat.

Regarding the introduction of the pieces, there are different positions of the professionals in this regard:

It is advisable to adopt that position with which you are going to be safe and do not generate excessive anxiety or worry every time at lunchtime.

Babies are curious by nature and most acquire the habit of putting everything in their mouths, even less secure objects than food, from a very early age.

Some children choke easily even with liquid foods or with purees and others, even without teeth they manage very well to undo the food they put in their mouths. How is your baby? You will have to observe its behavior that will be the one that better indicates to you if it is or not ready to introduce pieces in its meals.

In general, you can start to give the food in pieces when:

There are mothers who are applying the method of Baby Led Weaning , which consists in leaving the baby who decides when and how to eat, passing from the breast to the pieces, without resorting to mashed or crushed food.

Some pediatricians support this technique that involves the use of the hands of the baby before the spoon to favor their autonomy and accustom them to the textures that sooner or later they will have to try.

However, the security and the fear that they get choked makes many parents do not dare and even some professionals do not advise it. What is clear is that the introduction of the whole food should be done little by little and there are some safe foods that you can start with.

You can cook or boil the vegetables you use for the purées such as potatoes, zucchini, pumpkin, carrot … and before passing them through the blender put pieces on a plate so that the baby can take them with their fingers and bring them to their mouths.

Being soft and be flavors to those who are already accustomed there is no risk of allergies or choking as they will unravel on the palate and end up grinding with gums.

Once you have introduced gluten, you can try bread, which is one of the first foods for which babies tend to show interest. Although at first it is difficult to swallow, it is perfect for him to suck and grab with his hands.

Yes, watch him and try to give him big pieces that he can take but that do not fit whole in his mouth.

The color of the fruit usually gets quite attention and also they are also accustomed to its taste if you have already introduced their fruit purees. Ideally to get used to the pieces is to prepare thin slices of apple or pieces of pear and banana, so you can grab them and take them to the mouth.

Keep in mind the recommendations of your pediatrician at the time of introducing each fruit according to their age because some can cause allergies if they occur ahead of time.

When you can eat cheese, about 12 months, you can give it pieces of a soft one or even creamy cheeses that you like and do not pose a danger of drowning.

You can accompany pieces of white fish with some vegetables such as carrots or peas so that the dish catches your attention and encourages you to try.

The cookies just like the bread you will have to introduce them when you can eat gluten-free foods. Although there are cookies for babies that do not carry gluten and fall apart easily. They are also perfect size for their little fingers and tend to love them for their sweet taste.

Ways to enter the appropriate pieces and sizes

In addition to the previous recommendations regarding each food, there are some methods of introducing the pieces if you do not feel safe to do so directly.

As we say, there are firm defenders of the Baby Led Weaning method, which goes from breastfeeding or artificial to the whole meal skipping.

The pediatrician Jesus Garrido, of My Online Pediatrician, advises to introduce simultaneously the crushed food without crushing and points out a series of consequences that can have the fact of lengthening more than necessary:

And if he does not want to, how do I motivate him to eat whole?

Some children show no interest in eating in pieces and reject any food that is given to the desperation of parents. In these cases, and as long as they accept the purees, it is preferable to continue with them, since the important thing is that they eat well, regardless of the texture of the food.

In addition, the purés and creams will also have to continue taking them because the adults also eat them and it is good that they get accustomed to different formats and textures of foods, so it is not necessary to remove them completely but to alternate.

There are some tips to motivate you and encourage you to eat:

If you still refuse to try the whole meal, be patient because there will come a time when you try and like it. If you get nervous and force him you will not get anything but a rejection. The important thing is that the baby is fed in a varied and balanced way. 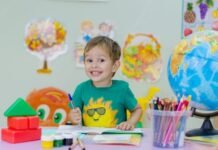 Self-Actualization of the Child 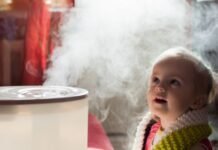 Benefits of Using a Baby Humidifier 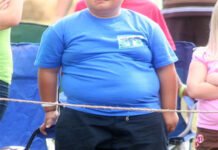