Increased appetite is a problem for many people, especially those who are overweight. But it entails not only an ugly body, but also significant health problems.

Many mistakenly believe that any physical activity, including exercise, increases appetite. But recent research has proven that in fact, properly selected sports loads can suppress appetite, and therefore avoid overeating.

In a study of the University of Western Australia, it is said that men who are overweight could consume 170 calories less after 30 minutes of intensive interval training.

Scientists say that this is due to a change in the level of the hormone of appetite and metabolites. Interval training suppresses the release of ghrelin (a hormone that stimulates hunger) and increase blood glucose levels. And this, in turn, is important for suppressing appetite.

At the same time during the study, not exhausting workouts were used, but those during which the participants rested 4 times longer than they did. For example, for 60 seconds riding a bicycle at maximum speed, and then 4 minutes – at a slow pace. Or they walked 15 seconds with maximum intensity, and then rested for 60 seconds.

The American University of Brigham Young conducted its studies, during which it was proved that moderate and high-intensity exercises, performed in the morning, contributes to the reduction of appetite. During the study, the neural activity of the brain was measured, when the participants (and these were women) were viewing slides with food. Some of them before the sport, and some – no. As it turned out, participants after physical exertion reacted much more calmly to pictures of tasty food. This suggests that exercises affect not only the energy expenditure but also the craving for food.

An experiment was also conducted, during which the appetite was measured in women with normal weight and in women suffering from obesity. The participants were offered to take an energetic jog in the morning and measured the reaction to the type of food. A week later, the same research was conducted, but without a preliminary run. Participants also noted the level of their physical activity these days and the level of appetite. As a result, it turned out that morning jogging not only weakens craving for food, but also contributes to the overall increase in physical activity, energy. And on the day of jogging, women did not want to eat more than usual, despite the increased physical activity.

But in a study conducted at the University of Loughborough in the UK, scientists figured out how the hour run on the track affected the hormones that govern appetite. At the same time, it was proved that the hour and a half force load affects appetite suppression significantly less, since only one hormone “affects”. Two hormones ghrelin and peptide YY were tested.

Ghrelin is a hormone that stimulates appetite. Peptide YY on the contrary – reduces. As it turned out, after training on the treadmill, the level of ghrelin in the blood drops, and the level of the peptide increases. Together, this leads to the fact that the appetite goes down. But strength training only reduces the level of ghrelin. The other hormone remains at the same level. In general, research has shown that running much better suppresses appetite than power loads.

Such studies give grounds to state that aerobic loads are more effective for reducing appetite. Running, swimming, outdoor games, cycling promote fat burning with intensive oxygen consumption. During strength exercises, muscles do not have time to be saturated with oxygen. Energy comes from the cleavage of glycogen. As a result, muscle mass is increased.

Therefore, if you want to reduce your appetite, and at the same time weight – do not neglect aerobic exercise. 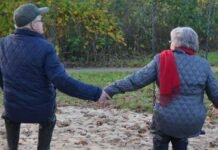 Exercise for Seniors: 5 Tips to Help You Stay Active During the Coronavirus Pandemic 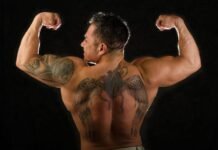 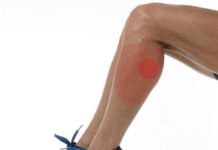