To forget where the keys were put, to mumble about bad weather, to talk too much sometimes is not normal.

Alzheimer’s disease is the most common type of senile dementia: it accounts for 10 Types of Dementia from 60% to 80% of all age-related neurological disorders. 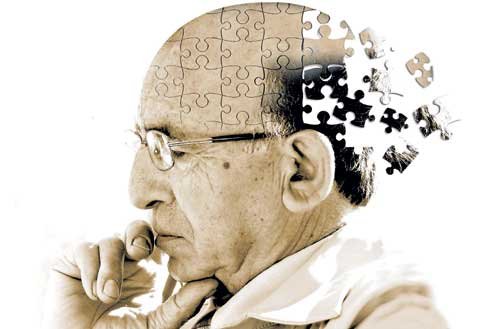 At full strength, the disease manifests itself, as a rule, after 60 years. However, the first bells, suggesting a bad outcome, can be seen much earlier.

The death of brain cells (namely, this is the essence of Alzheimer’s disease) can be slowed down if one recognizes the onset of illness and see a doctor for help.

Be sure to consult with a specialist if you observe at yourself or a loved one at least a couple of the symptoms listed below.

Increasing forgetfulness is the first and most important sign that you may have Alzheimer’s disease. You can not remember what was said yesterday with a colleague. Forget important dates and scheduled events. Increasingly, seeing a seemingly familiar face, you are tormented by the question: “It seems I know him, what is his name?” Increasingly, you need diaries, schedulers, to-do lists and reminder stickers.

Forgetfulness that has reached the threshold when it seriously begins to complicate your life, in itself, even without any other symptoms, is a serious reason to turn to a therapist as soon as possible.

2. Difficulties with planning and decision making

Perhaps, with the memory you have everything okay and you remember exactly what you did yesterday and intended to do the next day. But how? The process of planning the day, more recently, such a simple and natural, turns into a tedious burden that you want to avoid.

At the friend’s offer to meet at lunch, you hesitantly reply: “I do not know if I will be free.” Less and less you agree to spend the weekend with friends (after all, you need to plan the event so that it is convenient for everyone!). Increasingly, you find that you forget to pay utility bills on time, make annoying mistakes in calculations and do not know how much money you have in your wallet. Why are there bills and friendly plans? It even becomes difficult to make a cake according to a well-known recipe.

This confusion speaks of problems with the so-called executive system of the brain, which is one of the first to be damaged with the onset of dementia.

You have been playing this game for many years, and now suddenly you cannot remember the key rule. Or find yourself getting lost, although you know the area well. Or look at the document opened in the editor and don’t understand what to click to change the font, although it’s not the first month that you’ve been working with this program.

The inability to cope with the tasks that were previously given easily is another alarm bell.

4. Confusion over time and space.

Sometimes you think so deeply that at some point you start, look around and think: “Where am I? How did I get here? ”Or, for example, can’t remember exactly when you met your old friend – two days ago or last week? Or maybe it was still in the summer?

It becomes difficult to estimate time and distance. There are problems with the descent and ascent of the stairs, taking a bath (because you need to climb into it, having calculated the depth and necessary movements), searching for the road to the right place.

5. Problems with speaking and writing

You forget the words and increasingly replace them with turns like “well, that thing that … well, you understand.” Vocabulary is generally becoming more scarce. But verbosity appears: disturbances in the brain do not allow to formulate thoughts clearly and briefly, it is necessary to indulge in lengthy arguments. And in the process you often find yourself forgetting what you actually wanted to say.

6. The propensity to constantly shift items

Put a wallet or glasses somewhere, and then look for where they are, in general, a normal, familiar phenomenon to many. But with approaching dementia, it becomes more pronounced. Things are “lost” more and more often, and you begin to regularly scold someone who “took and did not return.”

Alzheimer’s disease makes people overly naive and unadapted to life. Give the money to the fraudster, who promised 300% per annum? Easily. To go out to –10 ° C outside in a dressing-gown, because the sun is shining through the window and it seemed as if it was warm? No problem.

People whose brains are attacked by Alzheimer’s disease often look sloppy and disheveled, because they cannot adequately assess what impression they have on others. But they can throw away just bought a microwave, because they said on TV that it produces “dead food”.

Constant apathy, loss of interest in the hobby that you have been fond of for many years, the desire to avoid communication – even with friends! – also signs of impending dementia.

9. Drastic changes in personality and behavior.

Dementia dramatically changes people. Yesterday’s merry and optimist begins to grumble and complain about an unfair life. Lover to hang out with friends turns into a hermit. A loving father is a man who accuses children of just waiting for him to die and leave them an apartment. A calm and polite person starts scandals literally from scratch. Such obvious changes in character and behavior clearly indicate that the brain is not all right.

What to do if you suspect Alzheimer’s

The first thing to do is to go to the therapist, describing to him all the symptoms found in him. The doctor will ask you additional questions and, perhaps, will offer to pass a series of tests – urine, blood (including thyroid hormones). Some signs of an upcoming dementia are similar to the symptoms of other diseases — endocrine disorders, depression , anemia — and it’s important not to confuse.

In the event that the therapist does confirm your suspicions, you will receive a referral to a neurologist. A narrow profile specialist will assess your condition and suggest the most appropriate preventive measures for a particular case. Unfortunately, it is impossible to completely prevent Alzheimer’s disease. But you can stop its development.

By the way, the prevention of this type of dementia can be done independently. It includes Alzheimer’s Disease Prevention in itself: