Dental fluorosis is a pathology caused by excessive intake of fluoride in childhood, during the formation of tooth enamel. It presents aesthetic manifestations but it can also have more consequences in the body. Let’s see what this is about. 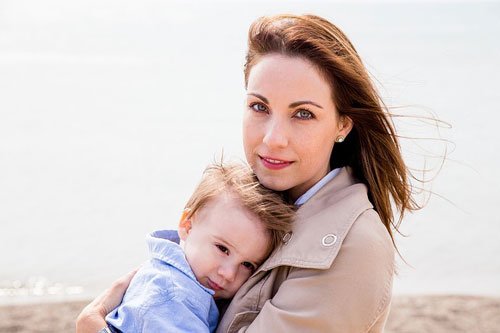 What is dental fluorosis?

Fluorosis is a public health problem that affects children in many endemic areas of various regions of the world.

It was discovered in the 40s. It was found that water with a high fluoride content produced an abnormal coloring in the enamel of the teeth. After investigating this fact, it was discovered that the cause of these dental changes was in the excessive intake of fluoride during the formation of the enamel; that is, in childhood.

“For many years, it has been considered that fluorosis was simply an aesthetic problem, and not a health problem. But exposure to high levels of fluoride has consequences throughout the body, not just in the cells of the tooth. “

Dental fluorosis can manifest itself in different ways, depending on the severity or stage of the disease . In most cases, fluorosis is mild and manifests as very fine white lines on the teeth.

In the most severe cases, the teeth are brittle, the surface of the enamel becomes irregular and brown spots appear . Fluorosis is also known as mottled tooth disease , precisely because of these characteristic brown spots.

“Fluoride is an important mineral that protects the teeth and helps prevent the appearance of decay. However, excessive amounts of fluoride prevent the enamel from ripening normally . A disorder occurs in the mineralization of the tooth and it becomes more porous. The most vulnerable stage goes from birth to 6-8 years. “

Fluorine in our body is absorbed mainly in the gastrointestinal tract . When we ingest fluoride orally, a part remains in the oral fluids and can be incorporated into the teeth, but most of it passes into the stomach and is absorbed in the intestine.

A study conducted in Ukraine investigated the health of children affected by dental fluorosis. They concluded that children who presented this pathology had a much weaker and precarious health compared to children without fluorosis .

“Therefore, fluorosis is not a dental problem, exclusively . Excess fluoride can also cause important bone diseases. And now it is known that it is also a sign of disorder in the thyroid gland. “

Regarding the treatment, it is important to know that dental fluorosis is an irreversible process . There is no definitive solution to improve the condition of the tooth. For aesthetic reasons, you can resort to some procedures that improve appearance. For example:

To prevent the occurrence of this disease, it is important to take into account the fluoride content of the water that is drunk, as well as that of toothpastes and whether or not the child receives fluoride supplements. So we can ensure adequate levels and avoid excessive intake .

It is recommended to always supervise the brushing of the smallest. Parents should make sure that children do not use too much toothpaste and learn to spit it and not swallow it. The same goes for mouthwash. Also, it is recommended to make frequent and regular visits to the dentist.