Without a doubt, sulfur is not one of the most popular minerals. However, it is important to know the role of sulfur in the human body, as well as the benefits of the foods that contain it. In this article you will find everything you need to know about sulfur to take care of your health. 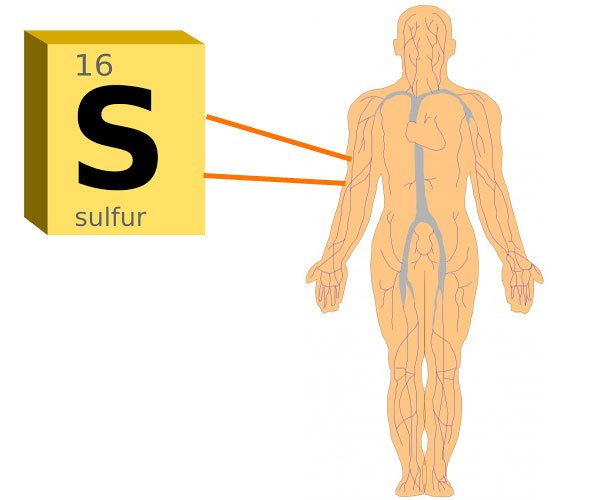 In principle, as you should know, sulfur is a mineral that is involved in many reactions in the human body , as well as being part of important substances. For this reason, it is necessary that you include it in your diet, so as not to affect the normal functioning of the organism.

Sulfur functions in the body

Although it lacks the popularity of other minerals, sulfur has vital functions that you should know. But what is the function of sulfur in the human body? I will tell you what sulfur is used in the human body.

From knowing what are the functions of sulfur in the human body, you will be interested to know where to find it, to ensure its inclusion in your daily diet.

Also keep in mind that there are sulfur amino acids that contain it such as cystine and methionine.

What is sulfur for?

In any case , sulfur serves many medicinal and cosmetic applications. Hence, it is applied to solve different health and beauty problems.

In certain circumstances there may be a lack or lack of sulfur. In that case, it will be necessary to cover it. Especially, if you suffer from any of these disorders:

In any case, only your doctor can indicate the need to consume a supplement.

Excess sulfur in the human body

While the lack of sulfur is the cause of many disorders and diseases, you should know that sulfur is toxic. For this reason, its excess can also cause serious disorders. However, the sulfur that generates toxicity is not that which comes from food or organic sulfur, but inorganic sulfur that contains other products or that is found in the atmosphere of polluted cities.

Other minerals important to your body

In addition to sulfur there are other minerals necessary for the proper functioning of your body . Below, you will find more information about some of them.