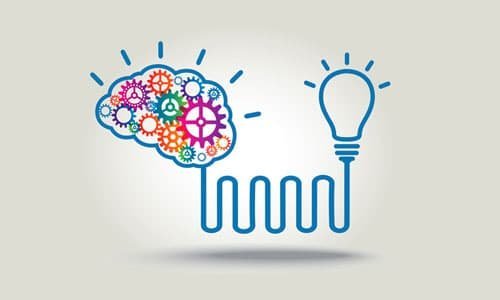 When we hear a new information that conflicts with our age-old knowledge our brain refuses to see the truth no matter how much proof we are given. The reason our brain does this is that concepts are stored in our brain in the form of neural networks that becomes strong over the years and to break all this and form new neural network takes energy so mind finds an easy escape to deny, reject the proof without investigating it at all.

Cognitive dissonance appears when your ideas, beliefs or behaviors contradict each other: if, for example, you see yourself as intelligent, but you can not believe that you have made stock investments that have led you to bankruptcy. It is essential to know how we choose to resolve this dissonance in order to have good mental health. When you experience cognitive dissonance, it is important to recognize it in order to grow as a person.

Therefore, you will experience cognitive dissonance when you have some tension or feel discomfort by keeping two contradictory ideas inside you or when what you think is not in accordance with your actions.

Cognitive dissonance is a situation that involves conflicting attitudes, beliefs or behaviors. This produces a sensation of discomfort that leads to an alteration in one of the beliefs , attitudes, or behaviors to reduce discomfort and restore balance, etc. For example, when people smoke (behavior) and know that smoking causes cancer (cognition), they are in a state of cognitive dissonance.

Cognitive dissonance was first investigated by Leon Festinger (1957), as a result of a participant observation study of a cult who believed that the earth was going to be destroyed by a flood, and what happened to its members, particularly to the really committed ones who had given up their homes and jobs to work in that cult … and the flood did not happen.

While some members were more inclined to acknowledge that they were wrong, the members who were more committed to that cause were more likely that the evidence was real even if the land was not destroyed.

People who do not modify the dissonance they have will tend to self-justify. For example, if you want to lose a few pounds but do not diet, you will justify yourself by saying things like you do not have time to diet. But this can cause anxiety in the person since he feels that he is really making a wrong decision: not dieting to lose those extra pounds that would make him have better health.


Although to avoid that anxiety it is possible that the person invents reasons or justifications to support the wrong decision. People cannot bear to have two thoughts that are contradictory in their mind and tend to justify although these ideas are in most cases, absurd.

Cognitive dissonance occurs more often when people are free to make decisions. But when a person is forced to do something against their will, this tension or anxiety does not occur. Because to convince oneself that they do it is by an imposition alien to their will, it can be a justification strong enough not to feel discomfort even if the actions are not in harmony with the thoughts that you have.

How to end cognitive dissonance

There are some ways to prevent cognitive dissonance from happening in you. You will have to follow these tips to be able to have harmony in your thoughts:

You will have to change one or more of the attitudes, behaviors or beliefs that are in contradiction, so you can create a relationship between the two elements be consonant.

When one of the dissonant elements is a behavior, you must change or eliminate that behavior. This mode of dissonance reduction often presents problems for people, as it is often difficult to change well-learned behavioral responses (for example, for people who smoke but find it hard to quit knowing that it is bad for their health).

Information is power and the right information can help you overcome dissonant beliefs. For example, you know that smoking causes lung cancer so you may have cognitive dissonance if you continue to smoke. On the other hand, if you discover some research that has not definitively shown that smoking causes lung cancer, it can reduce your cognitive dissonance.

Reduce the importance of your ideas.

If you reduce the importance of your ideas, beliefs or attitudes, you may feel better living the present, but also think about the future from time to time. In other words, you could tell yourself that a life full of pleasures is the best way to live.

In this way, you would be diminishing the importance of dissonant cognition (such as that smoking is bad for you or that if you diet you will be doing badly for your health).

To combat cognitive dissonance you must take into account three fundamental areas: your beliefs, your behavior and the effort involved in fighting contradictory ideas in your mind.

Is it wrong to reduce cognitive dissonance?

It is not bad since you will be doing it for your well-being and mental health. But it is necessary to be aware of when is a self-deception and when it is not. For example, if your partner leaves you may think that it was not worth the relationship, but in reality you feel pain and you’re having a hard time.

A person with low self-esteem can put on ‘masks’ to try to look like they are stronger than they really are. But when this happens they feel misunderstood and their low self-esteem increases because they feel frustrated with themselves. In this sense it is important to know when we have cognitive dissonance OR when we are deceiving ourselves and lying to ourselves. Only in this way can you have good mental health. 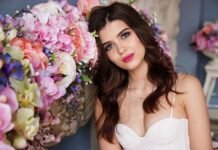 Why You Need To Dream Everyday