When people think about addictions, they associate the word addiction with substances such as alcohol, tobacco and other drugs. But in recent years, scientists have spent more time studying what is known as behavioral addictions or an overwhelming desire to participate in a particular behavior or action. The addictions to various substances and these behavioral addictions share aspects such as the lack of control over one’s own actions, compulsive or obsessive behaviors and to continue with these behaviors despite the negative consequences. 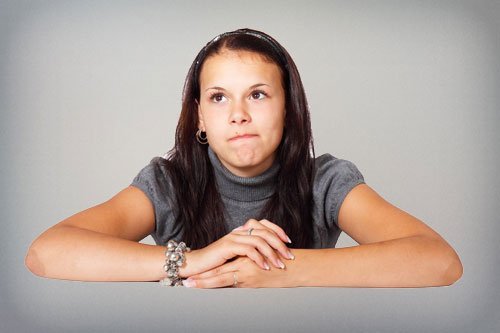 Some of these behavioral addictions are difficult to identify and treat when they go unnoticed. We are going to see 10 addictions that you may not know exist:

“Workaholic” is an English term for the addiction that some people have to work. Workaholics find reasons to work even if it is not necessary. Their minds are constantly thinking about work and things related to it.

Workaholism is a compulsive disorder, so an addict does not necessarily have to like his job. It’s an emotional issue, so it’s not just about the amount of work hours, it’s about your mood and the chemical processes that occur in your brain when you’re working.

Like any addiction, an addiction to work can negatively affect other areas of your life, such as relationships with family and friends, and even physical health.

One problem with workaholism is that other people (bosses, co-workers or family members) sometimes reinforce behavior and even reward workaholics for being so responsible. Society values ​​work very much, so much so that it can be difficult to realize when a person has become addicted.

The concern of some people with being on the Web has gone from mania to addiction. And I do not think it’s hard to believe considering the time that most of us spend in front of our computers these days.

In our work, social and private life we ​​are increasingly oriented to technology and some of us do not know when to disconnect. According to The Center for Internet Addiction Recovery (the Center for the Recovery of Internet Addiction), between 5 and 10% of people are addicted to Internet use today. These percentages tend to be higher among university students (up to 15%).

1) It interferes with your normal life.

2) Irritability or depression when they can not connect.

According to the study, an Internet addict spends an average of 38 weekly hours online.

When you stop drinking coffee do you feel irritable or have a headache? This is a product of the withdrawal of caffeine in your body. Caffeine also increases the production of dopamine, which activates the pleasure centers of the brain.

Do you sometimes think that you spend a lot of time watching television? Quiet. Only 12.5% ​​of people who thought they were addicted to television really had an addiction problem.

Some types of addictions develop as a kind of self-medication. In other words, they are used as a way to deal with negativity or numb emotions such as sadness, loneliness or stress. Sometimes they just make you feel relaxed. An example of this effect is television. Studies show that people feel more relaxed and at peace while watching television.

The problem is that relying on something similar to television to eliminate stress can become addictive behavior. Also, the more time you consume, the less satisfaction you will get. That is why, for example, the fifth hour of watching television is less satisfactory than the first.

Being in love creates feelings of emotion and attachment. The addicts are excessively worried and even obsessed with those feelings. These people tend to feel that they can not live without the other person and that their partner is their only source of happiness.

When you’re in love, the body releases a group of chemicals that make you feel energetic, happy and motivated. Increase levels of oxytocin and dopamine. Some people who are “addicted to love” continually seek new “loves” to reproduce those feelings of euphoria and relaxation.

They are those people who always seem to find a negative aspect in anything. It turns out that some people can become addicted to negativity and doubt.

His perspective on the future is always grim. They find fault with most things and never seem satisfied. Those addicted to negativity could actually look for negative and critical situations.

How does this addiction arise? Our brains really react more strongly to negative stimuli than to positive ones so negative thoughts and feelings are more stimulating than positive ones. Some people become addicted to the increase in brain activity.

For some, the need to break a sweat and work the body can become a dangerous addiction. Some people who are addicted to exercise actually experience withdrawal symptoms when they have not exercised for a day or more. These symptoms include irritability, anxiety and even guilt for not going to the gym. Usually, these symptoms appear when the person is injured or can not exercise for some reason that can not be controlled.

Squeezing a pimple seems harmless, right? Well, not always. Pinching the skin can become a pathology causing bleeding. Some addicts use their nails and others even use instruments like tweezers. Some people can spend up to 12 hours a day pinching. The disorder is not specific to a particular area of ​​the body.

For many of the afflicted, it is a nervous tic that appears more frequently in situations of stress and that could even be a subconscious behavior. Most addicts tend to be women. Like exercise, this addiction is sometimes associated with body dysmorphic disorder.

It turns out that addiction to purchases is a real thing and affects approximately 1 in 20 people. Some shopping addicts go to stores to calm down negative emotions, such as sadness and depression.

But how do you know if your shopping habit has gotten out of control? One of the most obvious signs is that you are continually spending beyond your budget. Compulsive shoppers may have a spending limit in mind, but they do not have the willpower to stay in it. And it happens again and again, not just once or twice. Shopaholics also often convince themselves that they really need what they are buying.

1) Addicted to what you are allergic to.

It is a strange phenomenon and works the same as most other addictions.

When you have an allergic reaction to a food, the body releases a lot of endorphins to lift the mood and make you feel happier.

The most common foods to produce this addictive effect include chocolate, soy, dairy products and wheat.